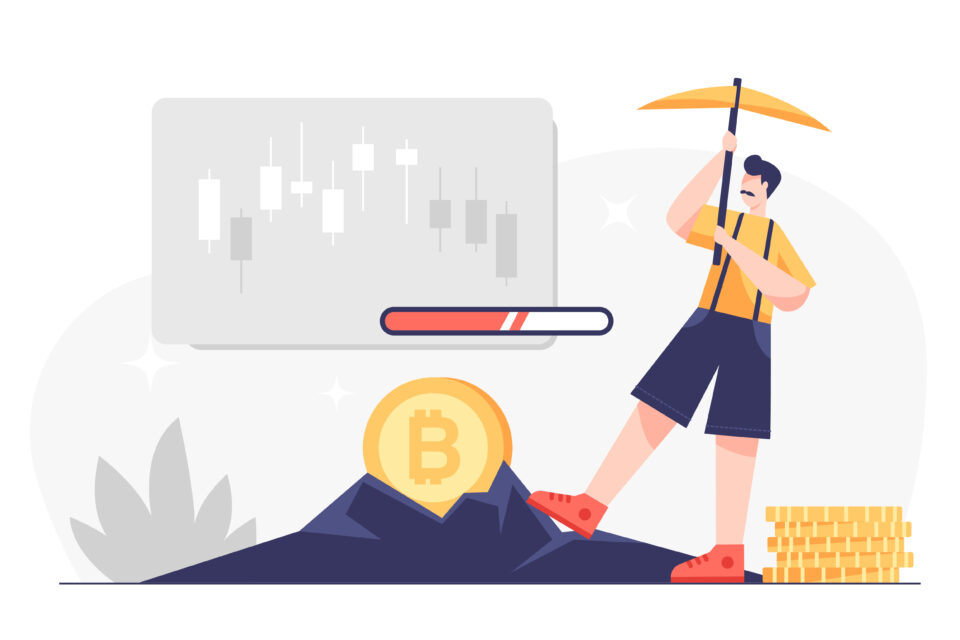 The ones who will be affected the most after 21 million bitcoins are mined include miners who mine bitcoin for profits. However, to mine such a big number of coins would take not less than a century. Bitcoin miners are expected to be rewarded at that point but only with transaction fees and not by newly minted coins.

Why has the bitcoin mining process slowed over time?

At present, more than 19 million or around 90% of bitcoins have been mined since the coin’s inception in 2009. Even then, it is estimated that the last bitcoin will be mined not before 2140. This is due to the rate at which new coins are been mined which has slowed over time. The rewards for mining a single block of bitcoin needs around 10 minutes and halves after every 210,000 blocks. This roughly takes place once in four years. As of the present year i.e., 2022, the reward for a single block has reduced to 6.25 as compared to its early reward of 50 BTC per block in 2009.

Mining a fresh bitcoin was relatively quick and half of the entire 21 million bitcoins were mined before 2012. The new coin issuance slowed to a great extent due to critical arithmetical algorithms. But then, reaching the supply limit has a separate set of consequences and would likely push the coin price ahead, provided the demand grows. This is because users who like to purchase bitcoin would need to source them from another user giving sellers control over bitcoin price manipulation.

Even though all the bitcoins are mined, fewer than 21 million will be circulated in the marketplace actively. Recent data reveals that around one-fifth of mined bitcoins have been lost accidentally by the users. This means the bitcoins lost have either stuck in some dead wallets with lost keys or have been locked in hard drives belonging to unknown users who may have forgotten the password to access them.

What will miners do when all the Bitcoin has been mined?

If the miners or the majority of them stops mining bitcoin, then the bitcoin network will change significantly. Bitcoin owners will still be able to view their assets in the wallet and the entire history of every bitcoin transaction made. However, confirming new transactions will require mining and if miners stop mining new coins, it will become impossible to spend bitcoins in the future.

We expect that the bitcoin miner’s community will grow with bitcoin price in future and if the day comes when miners quit mining bitcoin, it will be a doomsday for the bitcoin network. Even when the entire number of coins is mined till 2140, miners will be rewarded with transaction fees to validate new transactions.

Impact on investors and HODLer’s

Once the bitcoin reaches its near limit, its value will rise for sure. Since the coin remains popular among the masses, the limited supply and production will obviously tempt the masses to buy more bitcoins as an investment opportunity for storing rather than transacting it ahead. Even the price graph of the coin supports this view as the bitcoin price has consistently risen even after severe market crashes. Therefore, it is expected that retail investors and HODLers will keep the coin in their respective wallets just like other assets rather than releasing them for daily transactions. Such actions may further decrease the coin supply in the market and keep the bitcoin value intact.

Given Bitcoin’s ubiquity, it is fair to predict that even when the total quantity of Bitcoin has been achieved, interest in the currency will remain high. There won’t be a doomsday scenario if Bitcoin reaches its maximum supply until it loses popularity and demand. It’s probable that the Bitcoin ecosystem will keep evolving to accommodate the evolving trends in the global economy, providing it with a steady outlook for the future.