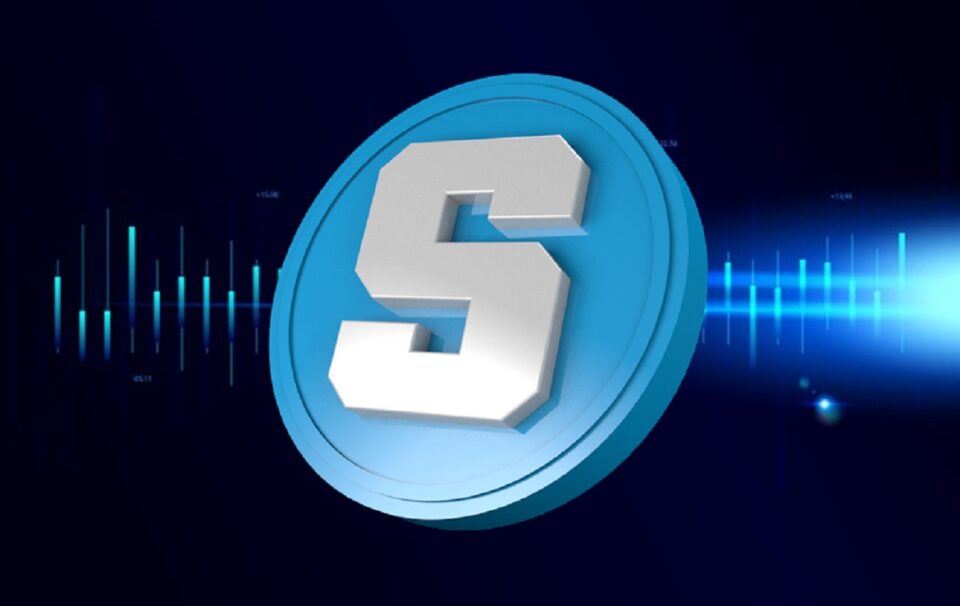 Metaverse coins are soaring up. With the rise of Metaverse and NFTs, the utility cryptocurrencies used in MetaVerse platforms are increasing in value day by day. One such token is SAND. Its value has been on the rise since the end of October and it has seen explosive growth throughout the month of November. There are many factors at play behind the rise in the price of SAND.

This article contains answers to questions like ‘What is SAND’, ‘What are the reasons for the growth of SAND?’,etc. Keep on reading to know more.

SAND is the native token of the blockchain-based game- Sandbox. It is used throughout the Sandbox ecosystem to make purchases and interact in the game. Built on the Ethereum blockchain, SAND comes under the category of ERC-20 utility tokens. The supply of SAND is limited to 3,000,000,000 tokens. Players can earn SAND by playing games on Sandbox. They have to complete quests if they want to earn more of these tokens. Then SAND can be used to buy LAND(more on this later) and other in-game items. All in all, this token is used for staking, governance and value transfer on the Sandbox platform.

Sandbox is a community driven blockchain-based platform for creators. Here creators can create and animate voxel art and export it anywhere. Voxel art is much like pixel art but in 3D. Artists add 3D units to create something virtually. Sandbox is a place where people can monetize gaming experiences and voxel ASSETS. On the Sandbox marketplace, anyone can sell and collect the best ASSETS. It is called a user-based platform as SAND token holders can vote on the decisions regarding the platform through a Decentralised Autonomous Organisation (DAO).

Anyone can build anything that they imagine in the Sandbox Metaverse. The players can buy LAND in the metaverse to create and monetize experiences. Users can build houses, host events, create multiplayer experiences, build games, socializing events for the community and much more. There are only 166,464 LANDs available on the platform.

The Sandbox ecosystem has an asset creation tool for artists called Voxedit. It can be used for creating non-fungible tokens (NFTs) to be used in the blockchain game. The game acts as an NFT marketplace where creators/players interact with each other and trade assets. Sandbox platform has a game make tool for people who want to build 3D games and monetize them.

Sandbox was launched by Pixowl back in 2011. Pixowl was co-founded by entrepreneurs Arthur Madrid and Sebastien Borget. It was later acquired by a Hong Kong-based venture capital fund, Animoca Brands in 2018.

The journey of SAND

At the end of August and the starting of September, SAND was trading in the market at slightly more than a dollar but it wasn’t able to sustain that price level for more than a week. However, when the big company Facebook rebranded as Meta, SAND crossed the $1 price level again at the end of October. This event measured a gain of 600% in the value of SAND.

After this, there was no going back and SAND’s prices only rose. Not one SAND token holds a price of $7.60 in the market. This is an explosive growth when we compare the current prices to the prices of SAND on new year’s day when it was worth just 4 cents.

SAND surged 50% after Adidas confirmed its partnership with Sandbox

When Adidas announced that it has a plot of land reserved in the Sandbox world for a future NFT project, SAND’s prices went soring up further. The leading apparel and shoes brand has taken a major step towards the Metaverse world by partnering up with Coinbase and Sandbox. Adidas would be developing an ‘adiVerse’ in collaboration with Sandbox.

There are talks that Adidas could be entering the blockchain and crypto world to enable crypto payments for the products, bringing a potential digital asset payment system for the sportswear firm.

Recently, virtual Metaverse project Sandbox replied to a tweet of Adidas, linking to a 144-parcel of Adidas Original space owned by Adidas on its platform. Sandbox invited all the original thinkers and do-ers to suggest an arrangement for the two firms to “design their future together” in the tweet.

With Adidas venturing into the NFT world, it will be followed by its competition Nike. The rival aims to bring its products in the metaverse and monetize them by selling virtual products. After years of research about the innovations that could help Nike engage in business in the metaverse, it intends to sell digital products to the digital investors out there. Nike secured a patent for “CryptoKicks” under its name back in 2019. Such big brands entering the NFT and Metaverse world has spread a sense of excitement among people and they are waiting to see what the brands have in store for them.

The gains of SAND across November were because of many vital factors but the play-to-earn Alpha event organised by Sandbox is one of them. In this event, Sandbox will give 5000 players access to 1000 SAND (currently worth $7600) and NFTs. The players will get to experience 18 virtual experiences in the Alpha event.

The event will start from November 29th and will go on till December 20th. This event is hyped up in the Metaverse community as Sandbox is a leading blockchain game and they have promised to open up part of their metaverse in this multi-week event. After cryptocurrency, Metaverse and NFTs are the next big things that are going to increase in value in the future. SAND’s soaring prices are just an evidence to that.

Starting at 1PM UTC on Nov 29, every gamer in the Sandbox network will be able to play three different multiplayer games. In addition to this, 15 more games would be available to the 5,000 winners of the Alpha event pass. The players will have three NFTs to grab that will include a dragon, a longsword and a medieval gate.The Alpha passes were distributed as prizes over a period of two weeks.

Due to the metaverse expansion announcement, the SAND token’s price hiked by a whopping 260% on November 23.

SAND is outperforming MANA and BTC

MANA is the official utility token for another open-world blockchian game called Decentraland which was launched in the month of February last year. MANA suffered a loss of 4.5% today while SAND gained by 25%. Two drawbacks of MANA are that players still can’t interact with each other on the blockchain game and the terrains in the game remain more or less the same. MANA also comes in the list of top 50 cryptocurrencies. Recently, gaming and metaverse tokens are outperforming the original cryptocurrency Bitcoin too.

NFTs are the future of ownership rights. And every project that is built on metaverse and NFTs has potential of seeing growth in the future as many big brands and firms are entering the digital world. Sandbox tweeted, “Adding new strategic partners such as Liberty City Ventures and Galaxy Interactive will also benefit The Sandbox’s global reach and expand the network of brands, IPs, and gaming studios interested in entering an open metaverse focused on a player-owned economy and [user-generated content] UGC”. This shows that the entity is open to expanding its network with other firms who are looking to enter the metaverse world. This will only increase the value of SAND if gone in the positive direction.

Is BitForex Safe: All You Need To Know