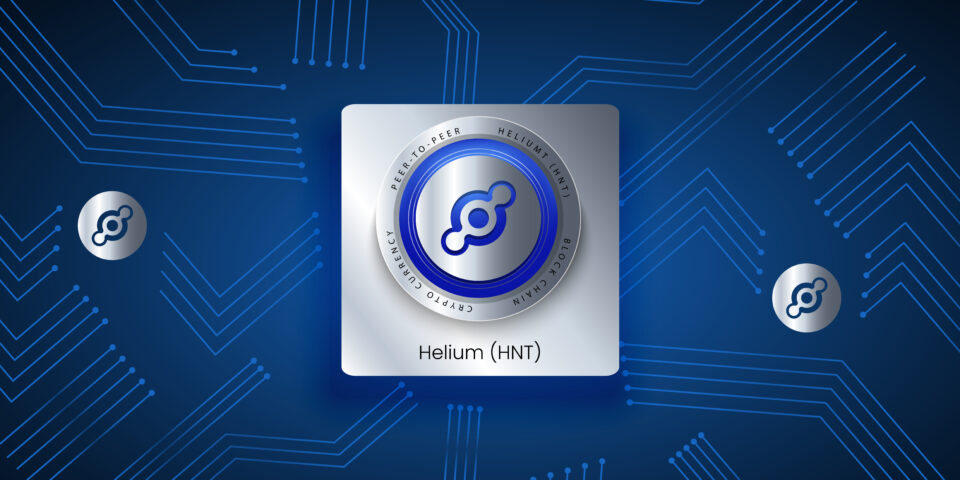 For those who do not know what helium mining is, it is comparatively a new blockchain designed to develop a decentralized and public wireless network. Helium is the largest LoRaWAN network worldwide that connects data through the internet and devices known as helium miners. The network also called the People’s Network has a decentralized platform enabling practical employment of the Internet of Things. Not just your phone but entire systems working in your home can be connected through helium which means you can integrate your fire alarms with your front door or receive data from any place in the world. But what is helium mining all about and how can you earn more than $1000 per month as a helium miner?

What is Helium Network?

Helium is a distributed network comprising several wireless hotspots that provide decentralized wireless networking among connected devices which are a part of the Internet of Things. The devices can be artificial intelligence gadgets that exchanges data over a network that offers a wider connectivity range as compared to Wi-Fi.

When you have a decentralized helium network with intelligent devices, a router or a centralized hub becomes unnecessary since every device connects with one another within a decentralized network. While helium uses blockchain technology, you can create a hotspot easily which acts as a helium miner and serve information to the devices. The entire system works on the new incentive mechanism which enables miners to earn thousands of dollars in the form of Helium tokens (HNT) each month by simply using a hotspot and plugging their device.

How does helium mining work?

As discussed, helium mining works on a decentralized network that uses long-range radio activities to reach broad areas. When this technology merges with blockchain, it creates a wireless network that is more reliable as compared to traditional wireless services. Helium hotspots offer wider wireless coverage for millions of devices that come under the helium network. The blockchain technology further runs according to the proof of coverage mechanism, a new version of proof of work that is used by bitcoin and Ethereum-like tokens to validate transactions.

How can you earn from helium mining?

Typically, miners can earn dollars of incentives during helium mining in two ways. They can either earn an HNT token by transferring data to other devices in the network or with proof of coverage. Since the helium blockchain has a widespread network, it is necessary to validate that the miners have provided proper wireless network coverage. This is where proof of coverage earning comes into play. The system algorithm looks for radio frequency properties to ensure that reliable network coverage was provided consistently by the miner.

To earn from the helium network’s proof of coverage model, you need to set a hotspot and earn HNT after providing coverage to multiple devices surrounding you. Once an HNT is mined, it is burned from the HNT circular supply to produce Data Credits. The devices which use the helium network need credits to access the network. Burning and minting balance is created after the HNT and Data Credits work together to create and remove. This also generates a demand-based supply within the helium economy.

Challenges in proof or coverage

Earning from helium mining is straightforward and the more data you transfer or mine, your hotspot earns. However, to earn proof of coverage, your hotspot must witness or take randomly assigned tests. Helium miners may challenge you occasionally through radio waves to prove that your network is recorded as a good quality coverage. Network quality is determined by the POC algorithm, which determines whether the data is recorded in the blockchain or not.

Commonly, a helium miner would challenge its neighbour helium miner having hotspots. The challenged hotspot must offer exact data to prove the authenticity of operations and the location claimed by the hotspot. When the nearby hotspot challengers verify the information and find the whole process as expected, the mined HNT is sent automatically to the helium hotspot owner’s app connected with the device.

What Kind of Profits Can You Expect from Mining Helium?

By mining helium and expanding The People’s Network’s coverage with a qualified hotspot, participants in the helium ecosystem may earn HNT. The Helium Network is designed to promote widespread coverage, and it does so by employing a reward scale measure. According to the community representatives, there should be a hotspot every 300 to 500 meters. The quantity of HNT you earn may vary depending on where you are. Some participants reported being able to make more than $400 each month.

The proportion of rewards obtained through challenges is the Helium miner’s reward scale, which ranges from 0 to 1. Your reward scale would be lowered because of greater competition or lowered mining of HNT from challenges or tasks if you are too close to many hotspots. Helium Explorer makes it simple to determine the number of hotspots present in a given area. The explorer also displays the total amount of HNT mined over the previous 30 days at a particular hotspot. You may estimate your potential earnings based on your location using this information.

Although many people believe that helium mining requires graphic cards like other cryptocurrencies, in reality, it simply uses a proof of coverage system that works on radio waves to validate surrounding network activities. Helium mining can be done with specialized hardware built for mining. They can be bought from manufacturers and looks like a router with a basic antenna and a plastic shell body. The cost of a helium miner may depend on your location but is mostly above $400. Apart from it, electricity costs are minimal while the hardware produces no noise or heat.

Where can you install your helium miner?

If you want to place your miner inside the home, you must choose the highest available window and remove metal mesh which can otherwise disrupt the signal. Height improves the signal strength and radio signals will get less interrupted if the miner is placed high.

How to store and sell HNT?

Well, mining helium for HNT is not the ultimate goal of miners rather they want to earn money out of it. For this, you need to get an official Helium wallet app and link it with your mobile device. The apps will allow you to manage your hotspot and keep your HNT safely. The wallet comes with a private key which must be stored properly. Once you have acquired HNTs, you can sell them in popular exchanges for fiat currency. They will charge you certain conversion fees or token transfer costs from your earnings.

Helium mining is one of the unique technologies which builds an effective decentralized computing platform. Any person can set a helium hotspot and contribute to the network development while earning passive income. However, before you start mining helium, make thorough research about your location and whether nearby helium miners are earning the expected income or not.

Is BitForex Safe: All You Need To Know