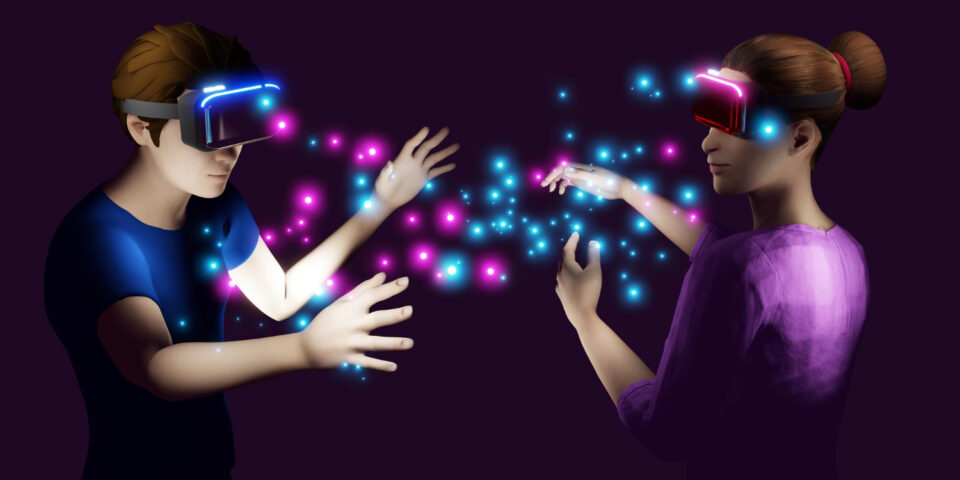 Have you ever thought about earning rewards while having fun and by staying active? Well, the world of cryptocurrencies is based on blockchain technology which opens a new special reality filled with various advantages and new prospects. Genopets is one new technological marvel and an adage to the Move-to-Earn market. The game is the first in its kind which has non-interchangeable virtual assets or NFTs.

In addition to encouraging physical activity among the players, the game’s virtual reality element also allows them to earn money while playing the game. While metaverse act as a multifunctional platform that helps participants in interacting with other people staying in various parts of the world, participating together in a game like Genopets will pave the way to a new gaming experience overall.

As discussed, Genopets is the first ever Move-to-Earn NFT-based mobile game, it is also the first Free-to-Play game that makes players’ experience fun-filled and rewarding. The Genopets game is like a digital pet whose growth will be inextricably linked with yours. This means, with every step you take each day during your journey through the Genovese, or with evolution or battles, you earn a crypto while you play with your pet.

What is Genopets all about?

Basically, Genopets is like a generative NFT that can evolve, upgrade and modify as you increase your level in the game. Players are allowed to hatch baby Genopets for free to start a new game. With time, you get increased rewards as you spend more time and effort to build the game in metaverse or participate in battles and aesthetics. Genopets essentially evolve with XP and the evolution process is accelerated and guided by the gameplay.

What do you mean by Habitat and Refined Crystals in Genopets?

Habitat is the name given to the NFT used for Genopets which unlocks advanced gameplay such as crafting in-game NFTs like Nurture, battle products or Power-ups and earning tokens for steps taken each day. You can even buy Habitat from the marketplace which is created by Habitat owners using the KI or GENE tokens.

Refined Crystals are semi-fungible tokens that are created by the Habitat owners using the KI token to boost their game. It can be combined with other recipes to build power-ups or to accelerate game evolution and gameplay. Refined Crystals come in five elements in the game including water, earth, fire, metal and wood.

What are Terraform Seeds?

To develop new Habitats, Terraform Seeds comprise semi-fungible tokens (SFTs). Each of the six classes of Terraform seeds has a distinct cost to construct a new Habitat. Terraform Seeds, which may be utilised in any level Habitat or sold by a Level 3 Habitat owner, signify the ability to breed or mint more Habitats.

Difference between GENE and KI token in Genopets

GENE token is a fungible staking and governance token used by players to participate in NFT sales just like the KI token is used to craft in-game products. GENE token owners are allowed to give voice in future of the gameplay since they earn rewards passively and actively. However, KI tokens are owned by Habitats by converting energy earned from the banking steps. They can speed up crafting games, develop new Habitats or convert back Energy to level up your Genopets game.

XP or the Experience Points in Genopets metaverse is referred to as the metadata that increases by converting Energy earned from banking steps to XP. They are crucial to track Genopets’ rarity on the chain.

Why should you play Genopets game?

Unlike other games which require players to contribute a significant amount to enjoy the gaming experience, Genopets provides users with an opportunity to earn money by creating and trading value between one another. While the players build a rare augment, refine the new set of crystals or terraform a Habitat, in-game actions create value that can be transferred between players. The Genopets facilitators create an economy or a marketplace where the players creating or transforming value earn several opportunities.

One of the reasons why you must play the Genopets game is its dual-earning economy while players enjoy the game and stay physically active. Genopets integrates economic models with free-to-play mobile game opportunities as players can earn NFTs through gaming. This indeed delivers a unique playing experience that harnesses the best of the metaverse world.

Players can mine their pets in the Genopets mini-series game. The battle to mine takes place in the arena where the winners take away the items or move the sets acquired from the defeated opponents.

Since playing and initial game set-up are comparatively easy, Genopets can be accessed by any player sitting at any place in the world by simply installing the game on their mobile device. The features of the game are simple and keep the players moving consistently to get ahead in the game. However, the players can not use the fast track in the game to increase their Genopets.

Genopets being the latest innovation, it consists of new sleek designs alongside exquisite 3D models which will draw your attention at once. The time will surely fly the moment you start playing the Genopets game.

The game facilitators have taken utmost care about training and how to play with digital pets-like features by using time-honoured mechanisms in the genre. These mechanisms are leveraged in Genopets to encourage players to stay active. With time, your game will level up and evolve once you convert your steps into energy or XP. Most of the games are centred around how you feed your pets, play with them or show affection towards Genopets to elevate their mood each day. This means, that the happier your pet is, your bank energy will grow effectively and serve as a motivator besides nurturing your physical movements.

One of the primary features of Genopets game is the ability to transform or mint additional Habitats that can be further sold or rented to other players. Since Habitat allows players to earn by selling or by leasing them to other players who want to benefit from Habitat, the earning opportunity is increased as you build more Habitats.

The two jobs of the Harvester and Alchemist come with renting a Habitat to another player, which the individual Habitat owner may do at their choice. Owners may establish the rates and royalties for each, and players may be given either one or both responsibilities. In the Harvester position, the player can convert energy into KI tokens, and in the Alchemist role, they can create NFT crystals.

Genopets is one of the metaverse creations that have emerged as a physically, mentally and economically satisfying game. The first-ever free-to-play game and move-to-earn NFT project make the playing experience fun as well as rewarding besides encouraging players to stay active. The game features are built on Solana and integrate your daily active lifestyle with blockchain technology so that you can turn your real-life actions into gameplay and earn cryptos during the process. However, read all terms and conditions before starting playing the game besides verifying geographical conditions.