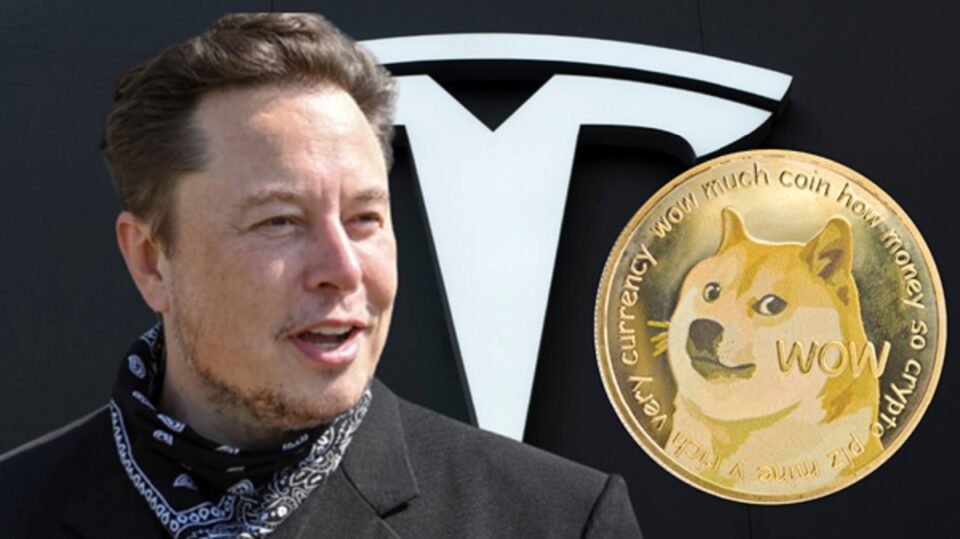 In a recent conversation, Tesla CEO Elon Musk said that the EV company will accept Dogecoin as payment for a few branded items on a trial basis. He used his Twitter account to announce the same and stated that “Tesla will make some merch buyable with Doge & see how it goes.” A few moments after the news broke the internet, Dogecoin price jumped from 24% to straight $0.195.

Tesla sells products such as clothing, belt buckles, and tiny versions of its cars such as the Cyberquad for youngsters and the Cyberwhistle, which is fashioned after the much-anticipated Cybertruck. Musk is indeed a cryptocurrency aficionado and advocate, and in May of this year, he asked Twitter followers whether they wanted Tesla to take Dogecoin as payment for its electric automobiles. During a guest appearance on the comedic sketch TV show ‘Saturday Night Live’ in May, he referred to Dogecoin as a meme-inspired cryptocurrency.

The CEO of the EV business previously declared this year that Tesla would take Bitcoin for car purchases, but had backed down after being chastised by those who said the virtual currency is bad for the environment. Later that month, Musk stated that Tesla may resume accepting Bitcoin as a form of payment, but only if the bitcoin grows greener.

Why do Elon Musk and his followers like Dogecoin?

According to NDTV, Musk has frequently promoted dogecoin and stated that it is superior for exchanges, more notably in an interview with Time magazine, that awarded Musk “Person of the Year” for 2021 on Monday. “Bitcoin is not a good substitute for transactional currency,” he stated. In a Twitter poll in May, Musk asked people if they wanted Tesla to accept dogecoin.

Musk, who seems to have nearly 66 million Twitter followers, has indeed been heavily involved during this year’s retail trading craze, tweeting about crypto and actively pushing their values up. According to Dileep Seinberg, Founder & CEO of Think chain, a Blockchain and Crypto consulting organisation, Musk regards Doge as an alternative to payments since it has the potential to become an independent means of payment owing to its efficiency per transaction.

As per Economic Times, Elon Musk had been an initial creator of the payment startup PayPal, thus he is no stranger to the payment fintech industry. Seinberg stated, “Bitcoin is a costly affair in terms of the transaction, whereas Dogecoin offers the most affordable solutions,”. Additionally, he said that “Dogecoin is likely to gain prominence in the cryptocart and may move higher notches in the next few months.”

Musk, renowned for his cryptocurrency sponsorships, reaffirmed in October that his investments were confined to Bitcoin, Ethereum, and Dogecoin. Less than two months after starting to take the nation’s biggest virtual money for payment, the EV manufacturer ceased taking bitcoin for car purchases. Yet, it appears that Musk is eager to experiment with the notion of taking cryptocurrencies as payment once more.

This time, though, it is not for its electric automobiles, but rather as an experiment with its products. In contrast, if you wish to pay your bill using cryptocurrency, you would have to consider the volatility of the currency. However, given that the likes of Tesla and Musk have already been keeping levels of interest high through allusions and statements connected to cryptocurrencies, the highs might last for a long time.